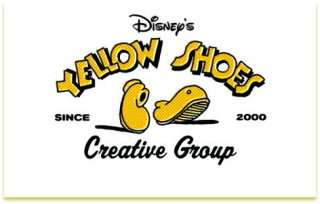 An online youth insight panel was established to involve tween participants meeting strategic selection criteria. Tweens were engaged using ethnographic research and video in a private social space to facilitate discussions around each other's opinions to test concepts with 60 tweens across the U.S.

The central idea was to create a social media content YouTube series featuring a bunch of lesser-known characters that found in obscure places throughout Walt Disney World Parks. Using our Gen Z  tween panel for feedback, we tested video concepts, storyboards and creative styles to validate the campaign direction before production.

We asked tweens to provide feedback on the idea, had them vote for a favorite lead character, and gained authentic reactions to a cast of supporting characters. A fun, interactive content ideation activity conducted at the end of the project where participants helped bring the storytelling and characters to life.

We advised the team at Walt Disney Parks and Resorts to create a brand new YouTube channel, Walt Disney World Best Day Ever (#WDWBDE) just for tweens that feature original videos from their favorite YouTubers and Disney Channel celebrities at all Disney World Parks.

As of January 2021, the videos have garnered more than 189k subscribers and 78 million views on the WDW YouTube Channel.

We also leveraged video clips on a WDW BDE branded Instagram account to drive traffic awareness of the WDW BDE campaign and its resulted in over 371k Instagram followers (as of January 2021). The short video clips and images on Instagram have accumulated thousands of “Likes” and were a key driver for the WDW YouTube Channel engagement, content, and growth strategy.