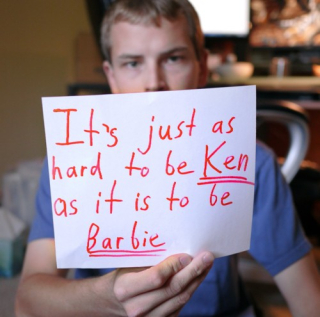 Credos, the advertising industry think tank, surveyed 1,005 boys from primary and secondary schools around the UK to explore their attitudes towards advertising and body image; focus groups with boys aged 8 to 18 and with teachers, youth leaders and parents added to understanding the roots, effects and solutions to boys' body confidence.

This report focuses on the way male models are portrayed in advertising and the media – particularly, whether boys are aware of digitally enhanced imagery and whether this impacts their behavior.

The subsequent report, Picture of Health?, revealed that 53% of boys felt advertising was a major source of pressure to look good; only social media (57%) and friends (68%) exerted more influence, while celebrities (49%) were slightly less persuasive.

"We have to recognise that advertising and the wider media play some part in shaping how young people feel about themselves – both positively and negatively."