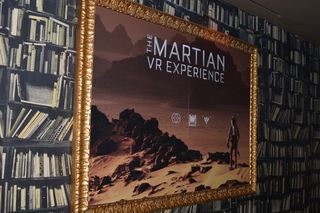 A 100 years after they began telling stories on film, the movie business is rapidly embracing the virtual reality wave to move beyond telling stories and into creating immersive storytelling experiences.

Currently, major Hollywood studios like Lionsgate, Warner Brothers, Disney and 20th Century are creating virtual reality studio divisions looking at how they can incorporate virtual reality into the filmmaking process to create immersive experiences through film.

Disney Studios is especially is bullish on the possibilities of VR films, recently investing $65 million into virtual reality hardware and content startup, Jaunt.

“Every major studio is testing the VR waters, with small scale projects run for popular franchise such Warner Bros ‘Batman vs Superman’, Fox’s ‘The X-Man’ and ‘How to Train Your Dragon.“

This trend towards virtual reality infused entertainment is also being fueled by Facebook forming a virtual reality movie studio, staffed by former creatives from Pixar and Lucasfilm, to explore how its own virtual reality (and 360 degree video) technology, powered by Oculus, can be used to create immersive and emotionally driven story experiences.

Read the entire story over on Medium.com/@derekeb