Smartphone Use, Addiction, Narcissism, and Personality: A Mixed Methods Investigation 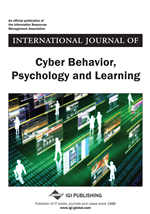 There are increasing numbers of people who are now using smartphones. Consequently, there is a risk of addiction to certain web applications such as social networking sites (SNSs) which are easily accessible via smartphones. There is also the risk of an increase in narcissism amongst users of SNSs.
The present study set out to investigate the relationship between smartphone use, narcissistic tendencies and personality as predictors of smartphone addiction. The study also aimed to investigate the distinction between addiction specificity and co-occurrence in smartphone addiction via qualitative data and discover why people continue to use smartphones in banned areas.
A self-selected sample of 256 smartphone users (Mean age = 29.2, SD = 9.49) completed an online survey. The results revealed that 13.3% of the sample was classified as addicted to smartphones. Higher narcissism scores and neuroticism levels were linked to addiction. Three themes of social relations, smartphone dependence and self-serving personalities emerged from the qualitative data.

Interpretation of qualitative data supports addiction specificity of the smartphone. It is suggested smartphones encourage narcissism, even in non-narcissistic users. In turn, this increased use in banned areas.

Future research needs to gather more in-depth qualitative data, addiction scale comparisons and comparison of use with and without SNS access. It is advised that prospective buyers of smartphones be pre-warned of the potential addictive properties of new technology.

Smartphone Use, Addiction, Narcissism, and Personality: A Mixed Methods Investigation