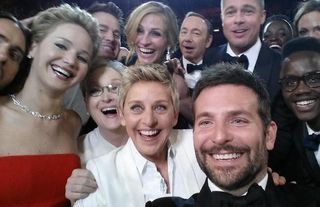 Earlier today, Twitter released some stats showing just how much of a global social media reach the Academy Awards really had this year.

According to the Twitter Media team, in a 12-hour period starting around the start of red carpet coverage:

Of course, the celebrity selfie was the absolute biggest moment of the night, and it has now been retweeted over three million times. 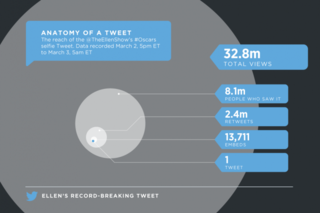 Here are the stats Twitter collected for the selfie that broke the internet: