« Study: Girls Have a Strong Affinity for 'Boy Brands' | Main | Brady Quinn: Step away from social networks, and pay closer attention to your real-life relationships. » 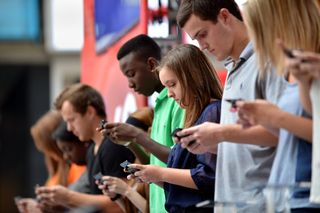 You might not believe it, but text messaging is already past its teen years.

The thumb-numbing communications format that has become a favorite of teenagers and created a language of its own turned 20 on Monday.

The very first SMS was sent out on Dec. 3, 1992 when English engineer Neil Papworth, while working at the English tech company Sema, wrote "Merry Christmas" on his computer and sent it off to Vodafone director Richard Jarvis.