Survey: 48% of Parents Believe the Internet is a Good Contribution to Their Children’s Lives - Derek E. Baird

Survey: 48% of Parents Believe the Internet is a Good Contribution to Their Children’s Lives 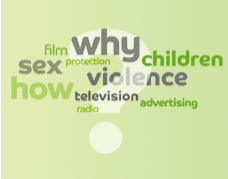 A new online survey conducted by the website ParentPort reveals that, of those parents surveyed whose children watch films at home, 40% had allowed their children to watch a film classified above their age.

The survey of 1,800 respondents from the UK’s two largest online parenting communities –Mumsnet and Netmums – reveals the challenges and pressures parents face when it comes to keeping the media their children see age-appropriate.

Of those parents surveyed whose children play video games, a quarter (25%) had allowed their children to play games classified above their age.

Furthermore, 16% of parents surveyed said they had bought their children a device or gadget – such as a games console or MP3 player – which they themselves did not fully understand how to use.

However, the parents surveyed did not just give into their children’s appetite for the media – many also closely supervise what their children see and use.

Meanwhile, the survey also uncovers parents’ boundaries when it comes to media, with one in eight of the parents surveyed reporting concern that Christmas presents their child had received were inappropriate for their age.

Some reported being worried their youngsters would have unsupervised access to the internet through smartphones and laptops given as gifts. Others cited well-meaning friends and family overstepping the mark – with examples of pre-teens unwrapping presents of 18-rated video games, and under-tens receiving 12-rated DVDs.