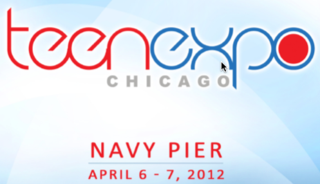 The current teen market represents the most multicultural population the United States has seen. It differs from previous generations in other distinctive ways as well.

While today’s teens exhibit a strong need for individuality in their self-expression,they also display a deep attachment and respect for family.

In addition, they marry an interest in fashions of the moment with a sincere desire to purchase products from companies that have a social conscience.

Teens are also a robust part of the economy. They have a signifcant income of their own to spend and also wield increasing infuence on household purchases.

The market for products bought by and for the 25.6-million-member teen market has experienced a considerable growthspurt, increasing from $189.7 billion in 2006 to over $208.7 billion expected by 2012, according to “The Teens Market in the US” report from Packaged Facts.

This two-day fun filled expo will engage, enlighten, entertain and empower our youth of today. Teens will be provided the resources, opportunities and outlets for dealing with the many daily issues they face (abuse, poverty, violence, peer pressure) thereby creating new possibilities.