« Trend Watch: Why Parents Help Children Lie to Facebook About Age | Main | Lady Gaga Teams Up with Harvard, MacArthur and the California Endowment to Launch the 'Born This Way Foundation' » 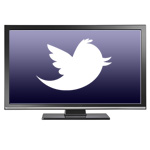 Twitter Embraces Its Social Role in TV: Like so many other things that the Twitter community has established on its own (hashtags and retweets, for example), the company is now fully embracing the role it plays in supplementing the TV-watching experience of millions of people. [RRW]

Social Media and TV - Who's Talking, When and What About? : Social media continues to influence how consumers interact with brands and share content every day. Increasingly, TV viewers leverage social media as a platform to talk about and engage with TV content.

These conversations are not only opening new channels for consumer engagement with their favorite TV shows and fellow fans alike, but also are providing insight into which viewers are driving the conversations and when. [Nielson Wire]

Yahoo's IntoNow Provides Signs of Life for The Premier Digital Media Company: Yahoo! is known for acquiring startups and letting them languish. But IntoNow cranked out a whole new product--and a possible game-changer for the TV industry--in six months. Is this the beginning of something new? [Fast Company] Get the free IntoNow App on iTunes

MTV Exec: Social is a New Programming Platform: Many people are talking about how TV networks can leverage the power of social networks to help build their show audiences. But they may be missing the point. According to Dermot McCormack, EVP of Digital Media for MTV, social networks aren’t just for announcing when the next episode of Jersey Shore airs, but a whole new platform for media creation and distribution. [GigOM]

TV Isn't What it Used to Be: According to a recent Ypulse report, only 28% of students say they can’t live without TV (referring to traditional viewing), compared to 83% who can’t imagine life without music. Some students even prefer streaming video to traditional TV viewing; after all, it gives them what they want when they want it. What’s a TV company to do? [MediaPost]

In the U.S., Tablets are TV Buddies: The Nielsen Company​’s most recent research on mobile connected devices sheds new light on how consumers are using their tablets, eReaders and smartphones – and where they are using them, too. [Nielson Wire]

The Future of TV, From Apple to ZeeBox: “The future of TV” has become a buzzword over the last few years – but what if it was time to stop talking about it and acknowledge that the future has already arrived? [TNW]