« Inspired by Steve Jobs, Stanford Grad Follows her Heart [VIDEO] | Main | DoSomething.org Wants Youth to 'Give a Spit About Cancer' »

Mike Schmid Wants Kids to 'Let it Out' [INTERVIEW] 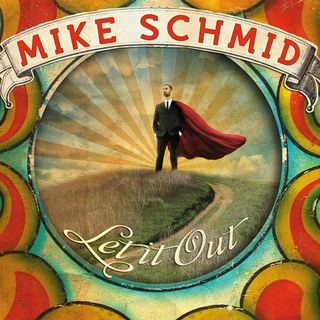 Earlier this week my interview with musician Mike Schmid was published on Ypulse.com!

Mike is a talented singer-songwriter and highly sought-after musician who has worked with some of the biggest acts in the music business.

In addition to playing keyboards and touring with Miley Cyrus, Mike has played with the Jonas Brothers, Billy Ray Cyrus, Sheryl Crow, Kenna, Chantal Kreviazuk, Ed King, Jeffrey Steele, Van Hunt, Aly & AJ and the Corrs as well as many independent singer/songwriters, such as Connie Kim, Right the Stars and Rob Giles.

His songs have been featured on the TV shows “So You Think You Can Dance,” “Flashpoint,” “The Real World,” “All My Children,” “The Bad Girls Club,” “Felicity,” “The Black Donnellys” and others.

His new album, ‘Let it Out’ is all about expressing yourself in every possible way: dancing, dreaming, painting, singing. The album is for the kids (and kids-at-heart). It is about being yourself in every situation, a message that is resonant to children and adults alike.