Boys, the Media & Body Image: An Open Letter to @TheEllenShow

A few weeks ago I was watching a rerun of the Ellen DeGeneres Show and saw the episode with your wife Portia de Rossi talking about her book ‘Unbearable Lightness.” It was a powerful interview. Sadly Portia’s story--the pressure to look a certain way, to be a certain weight--is very typical of what happens to many young women both in Hollywood and across the country.

As I read Portia’s book, I reflected on the similarities between her experience with eating disorders and the many kids/teens/tween--both boys and girls-- who are also impacted by these “perfect” body images they see in the media, video game and entertainment industries.

As you know, these portrayals only reinforce and fuel those negative body image ideas. Ultimately they become a part of a vicious circle of self hatred, low self esteem and unrealistic goals.

While there has been lots of media coverage and press about young girls/women regarding body image & eating disorders, there has been very little devoted to how the media effects boys. In many cases, boys are an understudied group with regard to body issues (dysmorphia, bigorexia). 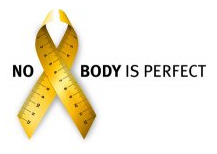 Even as the media continues its obsession (yes, Twilight I’m looking at you) for the almighty 'six pack', boys have been gaining on girls in eating disorders like anorexia and bulimia.

So all of this had me thinking about how your show frequently has shirtless, very buff dudes on during various segments. I know it’s all done in fun--and without malice on your part--however it seems like a bit like a double standard.

In one segment you are talking about how the media fuels negative body image issues for women/girls and then in the next segment you fawn over celebrity abs or have a segment with shirtless guys.

What message does that send to a young, tween boy who’s watching your show after school?

I hope that you won’t take this as a criticism. It’s not. You have been a champion of kids and so many other issues. I admire how you have really used your high profile status to support so many, many social issues.

I really appreciate, in particular, you taking a stand on bullying. I was bullied so much in 6th grade that I had to leave school. At one point, as I was walking home from school, a bunch of kids stuck their heads out of the bus and showered me with their saliva. I know all too well how that stuff sticks with you well into adulthood. But I digress.... ;-)

I also work in the youth media/marketing world and know that we all struggle with these issues. It’s a tricky thing to find a balance between providing entertainment, marketing to kids and making sure that we think about the messages--intended or not--that we send to these kids.

I also felt that it was important that I raise this issue with you since have launched a music label (congrats!) that so far has signed artists that are primarily marketed towards a youth demographic. In doing so you will have an even more direct impact on young kids, tweens & teens.

I hope that you will take all this into consideration as you move both your TV show and music business forward. If you have any feedback, questions or need anything else, please don’t hesitate to let me know.