"The Digital Divide" has vexed and worried researchers for at least a decade, raising concerns that entire groups of Americans might be left behind, unable to afford the gadgets of the 21st Century.

Perhaps it’s the social network divide they should worry about instead. 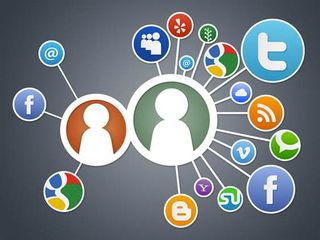 There is plenty of empirical evidence that those who choose to avoid Facebook, MySpace, and Twitter suffer social consequences: Ask anyone who missed a party -- or for that matter, a wedding -- that was organized on Facebook.

New evidence from a survey conducted exclusively for msnbc.com suggests that divide is becoming a pitched battle, with simmering frustrations between pro- and anti-social network crowds over an issue that is central to the digital age and the future of social networks: Privacy.

The survey suggests that Americans' opinions on privacy are polarizing towards two extremes -- it's become either much more important or much less important -- and the fault line is social media participation.  It was conducted by The Ponemon Institute as part of msnbc.com’s recent four-part privacy series.