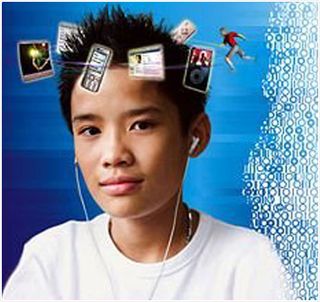 "New forms of media have always caused moral panics. The printing press, newspapers, and TV were all once denounced as threats to consumers' brain-power--so, too, with electronic technology.

Search engines lower our intelligence, encouraging us to skim the surface of knowledge rather than dive into its depths.

Twitter is shrinking our attention spans. Yes, the constant arrival of information can be distracting or addictive, but distraction is not a new phenomenon.

The solution is not to bemoan technology but to develop strategies of self-control. Turn off email or Twitter when you work, put away your BlackBerry at dinnertime, ask your spouse to call you to bed at a designated hours.

Don't just rail at Google. It's not as if habits of deep reflection and rigours reasoning ever cam naturally. They must be acquired in special institutions, called universities, and maintained with constant upkeep, called analysis, criticism, and debate.

They aren't granted by propping an encyclopedia on your lap, nor are they taken away by access to information on the Internet.

--Steven Pinker, author of "The Stuff of Thought"