Trend Watch: People Are Online What They Are Offline--Divided, and Slow to Build Bridges - Derek E. Baird

« Report: 90% of Tweens are Playing Online Games & Kids' Mobile and Social Media Use is on the Rise | Main | How Angry Birds Became a Hit [VIDEO] »

Trend Watch: People Are Online What They Are Offline--Divided, and Slow to Build Bridges 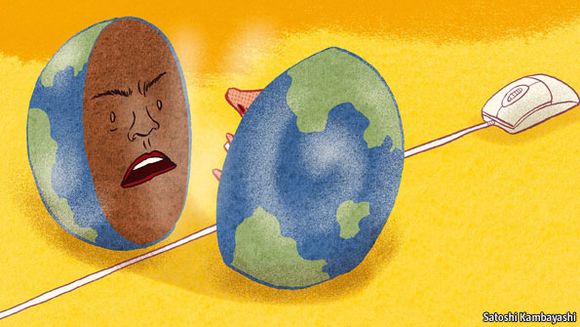 IN 2007 Danah Boyd heard a white American teenager describe MySpace, the social network, as “like ghetto or whatever.” At the time, Facebook was stealing members from MySpace, but most people thought it was just a fad: teenagers tired of networks, the theory went, just as they tired of shoes.

But after hearing that youngster, Ms Boyd, a social-media researcher at Microsoft Research New England, felt that something more than whimsy might be at work. “Ghetto” in American speech suggests poor, unsophisticated and black. That led to her sad conclusion: in their online life, American teenagers were recreating what they knew from the physical world—separation by class and race.

A generation of digital activists had hoped that the web would connect groups separated in the real world. The internet was supposed to transcend colour, social identity and national borders. But research suggests that the internet is not so radical. People are online what they are offline: divided, and slow to build bridges.