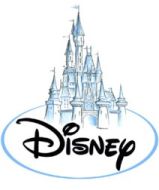 Moving aggressively to expand its hold on children’s entertainment, the Walt Disney Company will close its SoapNet cable channel and replace it with a service aimed at preschoolers.

In 2012, Disney Junior will take the place of SoapNet, a 10-year-old channel devoted to soap opera reruns that is available in about 75 million homes, according to Anne Sweeney, co-chairwoman of Disney Media Networks.