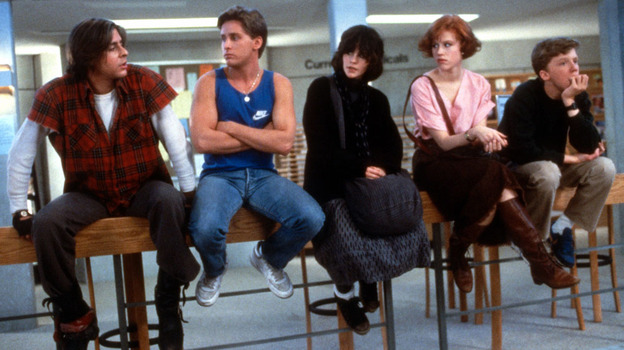 'When you grow up, your heart dies' ... Or does it? It's been 25 years since Allison Reynolds (Ally Sheedy, center) made that prediction in The Breakfast Club.

The actors who played the angsty adolescents in the 1985 film — from left: Judd Nelson, Emilio Estevez, Ally Sheedy, Molly Ringwald and Anthony Michael Hall — have all grown up, and some now have teens of their own.

The 'Brat Pack' Grows Up, But Doesn't Grow Old by barkingrobot