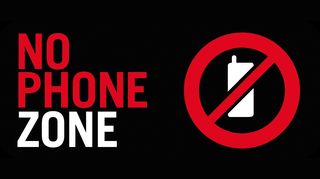 The "No Phone Zone" lesson plan will educate students on the dangers associated with distracted driving (texting while driving, talking on the phone while driving).

The creation of this lesson plan was inspired by an episode of The Oprah Winfrey Show that focused on the dangers of distracted driving. According to a 2009 Pew Internet Study:

The Oprah Winfrey Show has provided teens with a myriad of digital resources--including an easy online editor--needed to make a 60-second PSA.

Students can create their own media, and mash it together with Oprah's voiceover, footage, music from The Oprah Winfrey Show and the No Phone Zone logo.

Best of all? It's all free!

This lesson plan was created by Derek E. Baird and has been released under a Creative Commons Attribution-NonCommercial-ShareAlike 2.5 License. This lesson plan is not endorsed or affiliated with Oprah, OWN or Harpo, Inc.

Update: Education World has selected my 'No Phone Zone' lesson plan as the "Tech Lesson of the Week!"

Update: Scribd, the social publishing network, has chosen my 'No Phone Zone' lesson plan as a featured document of the week! Thanks Scribd!