Youth Strategy: Four Things the Oscars Can Do to Connect with Youth - Derek E. Baird

Youth Strategy: Four Things the Oscars Can Do to Connect with Youth 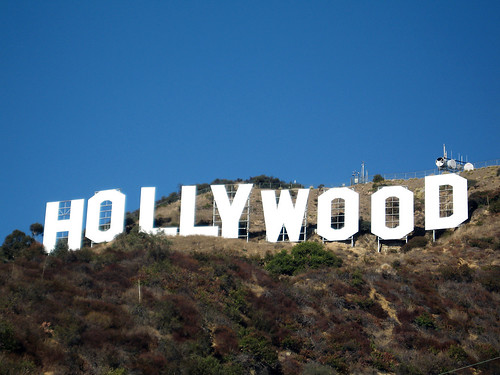 The folks over at The Academy of Motion Picture Arts and Sciences (AMPAS) made it pretty clear that 2010 was the year that they were going to pull out all the stops to try and woo younger viewers to watch the 2010 Oscars.

The 2010 Oscar youth strategy included a revamped and more social media friendly website, the inclusion of teen friendly stars like Miley Cyrus, Zac Effron and Taylor Lautner as presenters, two original Oscars web series (Behind the Dress & The Road to the Oscars), extra video features and live streaming of the Red Carpet arrivals.

And while the strategy paid off with a 14% boost to Oscar TV ratings among 18-49 year olds, I believe there are additional measures they can take to reach out to younger viewers. Big kudos to Adam Shankman (the youth guru and creative powerhouse behind 17 Again, The Last Song, Step Up and So You Think You Can Dance), producer of the Oscars, for creating a more youth friendly and inclusive show.

Remember when you were a kid and how awkward it was when that relative showed up at Thanksgiving and you had no idea who the hell he was? That's how Millennials feel when their 82 year old "Uncle Oscar" shows up once a year and suddenly wants to be their BFF. It's creepy. Stop.

If the AMPAS wants to develop a long term relationship with younger generations and ensure the ongoing legacy of the Oscars, they need to build a relationship of trust and make their outreach efforts a year round event, not just on Oscar night.

If you want to use social media, you have to actually use it. There isn't any excuse for not leveraging your Facebook presence to stir up buzz before, during and after the Oscars telecast. And if you're going to use Twitter, you need to actually Tweet. You've just alienated 2,900 viewers by ignoring them and shown them that Uncle Oscar isn't that hip after all.

Your social media strategy, like your youth strategy, should be a year round endeavor. The worst thing you can do is set up outposts on the social web and then not use them.

The Academy has an amazing set of lesson plans and "how to" guides on all aspects of student filmmaking available on their website. The downside is that right now, they live in their own little silo.

You need to get these into the hands of more educators by slapping a Creative Commons license on each one of these guides and then distribute them through social publishing platforms (like Scribd), Open Education Repositories (like LearnHub), social networking sites (Facebook) and attendance at education technology conferences (like ISTE).

In addition, it's vital that you enter strategic partnerships with technology companies and youth filmmaking programs, like Apple, BAYCAT and Adobe Youth Voices, who work in the trenches with youth filmmakers. And why not hold a student film contest and show the top films on the Oscar.com website?

The AMPAS has a bi-annual Media Literacy Program that is designed to "help students become aware of media messages encountered daily, improve analytical skills to evaluate those messages, and encourage provocative and thoughtful interaction with the media."

This is a great way to reach out to students and deliver a pro-social message. The problem is that it's only open to students who live in Los Angeles.

Why not broaden your impact by live streaming the event via Ustream, Livestream or Facebook to schools around the world? Find new avenues to distribute the Media Literacy curriculum so that it can be used by teachers and non-profits working with kids. Film the proceedings and distribute it in smaller video segments that can be used in the classroom, Girl Scout or PTA meetings.

Help young filmmakers by providing them with a repository of open copyright audio, video clips, images and sound effects. Provide students with listing of free and open source filmmaking technologies, film editing tools and software needed to help them create their own films.

Get the studios to pitch in and donate to this repository. Throw a couple contests a year and give away Flip cams from Cisco and/or Kodak. The key is to find ways to get young people excited about being active participants in the filmmaking process.

Help younger generations feel more connected to the rich history of Hollywood by creating an online encyclopedia and repository of film history. This "Oscarpedia" would become the place for students and movie fans alike to come to learn more about the history of cinema. Build a repository of images using Flickr and Creative Commons that students can use in school reports, sideshows and other creative ways.

So back to Uncle Oscar. At first, he's that weird old guy at the Thanksgiving table. But here's the thing, once you get to know him better you find out that he really isn't that weird. He has some really interesting stories.

Like how Hollywood helped fight WWII. You're amazed to find out that he was at the Academy Awards when Hattie McDaniel became the first African-American to receive an Oscar. And who knew he was an expert on the origins of animation?

My point is that if the Oscars want to woo younger viewers they don't need tween stars on the Red Carpet or handing out awards. That's nice on Oscar night, but it's not a long term strategy that will keep them engaged.

Right now the Oscars are something their parents and grandparents watch. You know. Old people. Millennials don't have a seat at the grown up table with Uncle Oscar. They are still at the little kids table.

A better approach is to provide as many ways as possible for them learn more about the many disciplines of filmmaking. In doing so you are empowering them with the skills to use film as the medium to share their own stories, engage in authentic practice of digital storytelling and creating an inclusive environment that allows them to feel like they are part of a community of practice.