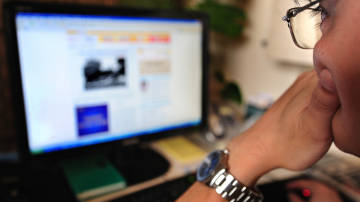 The average Canadian now spends more time on the Internet than watching television, according to a new survey from Ipsos Reid, a shift in digital habits that reflects the increasing prevalence of computers in our lives.

This survey, its author says, marks a closing of the gap between a younger generation that has always spent a significant amount of their leisure time on computers and an older generation that used to rely on “old” media.