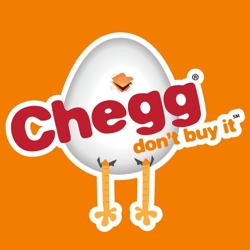 Dan Rosensweig is leaving his job overseeing Activision's Guitar Hero video game franchise to run Chegg. Chegg.com has been trying to shake up the college textbook industry by allowing students to rent the material required for their courses. The hiring was announced Tuesday.

Rosensweig is best known for his four-year stint as Yahoo's chief operating officer, where he worked closely with the Internet company's former CEO, Terry Semel. Rosensweig left Yahoo! after a management reshuffling in 2006.

This isn't Mr. Rosenweig's first foray into the education technology space. While at Yahoo! he was actively involved with my team on the Yahoo! For Teachers project. You can catch Dan's cameo in this promo video for Yahoo! Teachers. Dan is also current member of the DonorsChoose National Advisory Board.