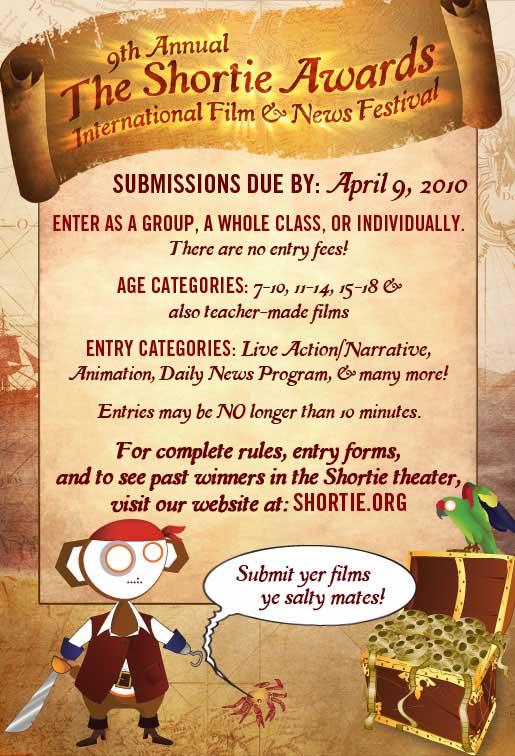 The Shortie Awards: Film & News Festival is the premiere film festival for students ages 7 to 18 and their teachers!

The Shortie Awards is part of MHz Networks' Education Department. The event grew out of the Department's EAT (Education Arts and Technology) program for young filmmakers in the Washington D.C. area and has since blossomed into a national and even international event, featuring submissions from all over the world.

Many more of the Shortie Awards videos are also now available to view on YouTube.  You can watch past winners and finalists, filmmaking tips and tricks, the best broadcast news programs, and much more.