« Center for Social Media: Making Your Media Matter 2010 | Main | Meeting of Minds: Cross-Generational Dialogue on the Ethics of Digital Life » 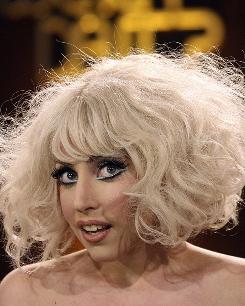 An initiative to encourage healthy teen relationships says songs by Jamie Foxx and Lady Gaga are the musical equivalent of junk food.

A teen panel working with the Boston Public Health Commission has determined that their songs are among the top 10 with "unhealthy relationship ingredients."

On average, American youth listen to music from 1.5 to 2.5 hours per day, according to the American Academy of Pediatricians (AAP).

The AAP found that listening to explicit music lyrics – with references to drugs, sex, or violence - can affect schoolwork, social interactions, and produce significant changes in mood and behavior.

The commission released its list based on a "nutrition label" rating popular songs on healthy relationship themes.

The "Sound Relationships Nutrition Label" (pdf) was developed by 14 teens after they attended a seven-week commission-sponsored institute on healthy relationship promotion and teen dating violence prevention.

During the seven-week program, teens were also taught to evaluate music based on themes of power, control, equality and gender roles. The teens then developed their list after analyzing songs from Billboard's "Hot 100" chart.