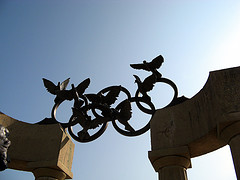 In a keynote speech on digital media at the International Olympic Committee’s Congress, Martin Sorrell (CEO of London-based agency WPP Group) urged the IOC to embrace younger generations and "learn from the likes of YouTube or risk losing young viewers for life."

Among his other recommendations: