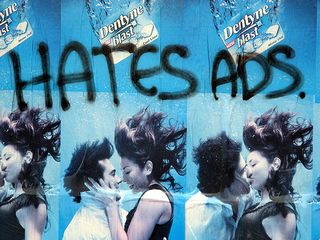 A Revolution in TV as Content Moves Online: There's a revolution going on in television but you may not necessarily be watching it on the set in your living room. Online viewing of programmes in the UK will more than triple in the next few years, according to the latest forecasts, boosted by new video on demand websites offering the best British and US shows to users for free. [The Guardian UK]

A Textbook Discount: The Bigwords free iPhone App works to take some of the sting out of the experience through a complex calculation to find the best textbook deals, whether than means buying new, used or digital, or just renting. [NYT]

Fox's 'Twitter on TV' Experiment Irks Fans: Fox’s idea of “tweet-peats” would combine reruns of popular new shows Fringe and Glee, with producers and members of the cast tweeting their show commentary as the episodes rolled. [Mashable]

Ad Literacy 101: Ads are often enjoyable for kids. They're also pretty ubiquitous. So it might be counterproductive to act as though all advertising is dumb or boring or evil, or to make your kid feel guilty for partaking of it. The goal here is rigorous critical thinking, and good/bad dichotomies generally fall into the "simplistic thinking" category. Life is much more complex. [Brett Berk in Babble]

Web-monitoring software gathers data on kid chats: Parents who install a leading brand of software to monitor their kids' online activities may be unwittingly allowing the company to read their children's chat messages — and sell the marketing data gathered. [San Francisco Chronicle]

A Sneak Peek at Obama's Speech to Schoolchildren: On September 8th, President Obama will speak to American schoolchildren. I got a look at an early draft... [Huffington Post]

Is A College Education Worth The Debt?: A college degree has long been considered a golden ticket to success in this country. But with the current economic recession, some question whether obtaining a college degree is worth going into debt. [NPR]

New College Majors for Changing Times: The Chronicle of Higher Education says colleges are now offering new disciplines for students, including a major in the science behind customer service. [American Public Media]

Speed Round: UK considering 'No Fee' degrees, teachers are using Twitter to connect with students, teachers discover how building video games can help at risk students do better in school, an Ofcom study finds young people want advice about online privacy (thanks Tania!), according to HitWise MySpace is Dead..long Live Twitter, Zune doesn't pass Microsoft's 'death panel' and finally....new data from comScore shows that teens now LOVE the Twitter! (At least until next week when another study will show that they don't love the Twitter!) [BBC] [SA Blog] [Edutopia] [eGov] [Josh Dhaliwal] [GadgetLab] [Mashable]