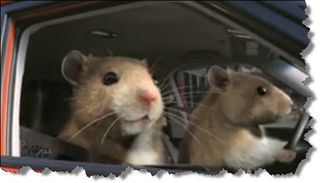 Conventional wisdom in the youth culture and marketing space is that when it comes to cars, Scion is king. While that may have been true a few years ago, it's not so much the case these days.

When it was launched in 2004 the boxy, kinda strange looking, customizable Scion caught the attention of younger car buyers and their wallets. Fueled by a heavy youth focused marketing and branding campaign by Toyota (Scion's parent company), young car buyers bought the Scion in droves.

Now, five years later, the once white hot Scion brand has become mainstream and lost a bit of it's youth cred. Who or what is to blame for Scion's fall from the pinnacle of all things young and hip?

An article in the automotive trade magazine, Left Lane, took a look at the cause for Scion's fall from grace among the youth demographic:

"The probable cause for Scion’s lackluster sales? It is turning into a mainstream brand. By labeling itself as a youth brand, Scion has basically painted itself into a corner.

It’s very difficult to keep up with the latest trends and when 18 to 24 year olds see grandparents driving the same car they are, it tends to turn them off to the brand.....During the last three months alone, the Scion xD’s average buyer age has increased from 37 to 42."

While the article basically points the cause for Scion's current lackluster sales at it's decision to label it's self as a youth brand, the reader comments also put some of the blame on the recession. Either way, Scion is in a difficult position and it has Kia squarely in their rear view mirror and gaining ground.

Kia Motors America (KMA) has been a bit of a dark horse in the youth automotive market. While the Scion was getting the press and glory, Kia was quietly building up a youth following as well. When I was working at Kia motors we watched with amazement as (mostly) young guys snapped up the Kia Spectra 5 and customized them by adding after market accessories.

It was really amazing to see how they met up in online communities to share their customized Spectra tips, pictures or get help from their peers. They also met up at enthusiast events and showed off their cars.

There was even a bulletin board at Kia HQ specifically designated for the photos sent in showing off their tricked out Kia Spectra's. Instead of fighting it, Kia quietly embraced, fostered and embraced this sub-culture.

The Kia Soul seems to be following in the footsteps of the Kia Spectra and making an even bigger splash among young automotive buyers. In a recent battle of the boxy car test, Motor Trend magazine found three college students to test drive and review the Kia Soul, Nissan Cube and ScionxB. The result?

All three of the students all chose the Kia Soul over the other two cars. But as Edward Loh, senior editor at Motor Trend points out, kids don't care what's under the hood, in the end "it came down to styling and the radio."

In an effort to deepen their ties with youth, Kia has also launched a nationwide, youth-oriented program, titled "Kia Presents The Soul Collective." The program is designed to bring the Soul directly to consumers through interactive events and test-drive opportunities in a 10-city tour, the program mirrors the Kia Soul ad campaign's "a new way to roll" slogan.

As part of the campaign, Kia is partnering with young and modern thought leaders, brought together to form The Soul Collective, from different disciplines including music, film, design, and gaming to show exactly "how they roll" through their respective mediums.

Is there hope for Scion to regain the youth auto crown? Absolutely. Will Kia paint itself into the same "youth brand" corner as Scion? I don't think so. The Soul is just one car in the Kia line-up of automobiles.

This is actually a pretty savvy move by Kia. Look at this way: Kia develops brand loyalty among teens and young adults with the Soul, then as they get older and move through different life phases, there's a different Kia model --from minivan to mid-size sedan to SUV--to fit their lifestyle.

But as we've seen with Scion, nobody stays on top forever. So who's waiting in the wings to take the crown from Kia? Word has it that the Toyota Yaris is the next big thing in youth automotive space.

Stay tuned, this is gunna get interesting.