Teens Don't Give a Twit About Twitter (Yet!) - Derek E. Baird 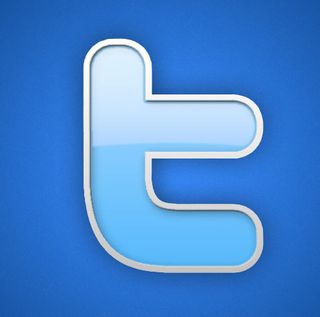 One big themes of the 2009 Ypulse Youth Marketing Mashup was that teens & tweens don't use Twitter. The general thinking is that teens tend to be on Twitter as observers, not contributors (in educational psychology/instructional design speak this we call this Legitimate Peripheral Participation [LPP]).

Yes, they share too much, but contrary to popular belief, most prefer sharing information friend-to-friend and not in an environment open for public viewing. They also tend to share their updates using text messaging on their mobile phones---it's both private and not limited to 140 characters.

So this begs an interesting question: If Gen Y *really* doesn't give a Twit about Twitter, should educators be trying to integrate it into the curriculum? Is Twitter really an effective tool for learning? Or is this a case of using technology for the sake of using technology?

Seems like everyone has a theory on why teens don't Tweet. So here's a round up of the latest thinking from the blogosphere.

Why Teens Haven't Embraced Twitter...Yet: "As long as teens can update their status via MySpace and Facebook for their friends as well as IM and text, Twitter doesn't really add to the existing technology." [Ypulse.com]

Generation Y: We're Just Not That Into Twitter: "A recent survey from Pace University and the Participatory Media Network shows that only 22 percent of 18- to 24-year-olds use Twitter, while 99 percent have profiles on social networks. This may seem surprising on the face of it, but as a member of the Millennial Generation myself, I have some theories as to why it might be true." [CNET]

Three Reasons Gen Y Doesn't Get Twitter: I love Twitter, but, my 18-year old daughter still insists she doesn't "get it". [Millennial Marketing]

Millennials Among Those Who Don't Appreciate Twitter: "Millennials -- 18- to-26-year-olds -- don't see value in Twitter, although they spend hours daily texting friends and communicating on social networks in real time, according to a study released Monday from the Participatory Marketing Network (PMN)." [MediaPost]

Younger US Demos Less Likely To Tweet: "The majority of Twitter users worldwide are age 35 or older, and young adults ages 18-24 make up only 10.6% of the Twitter population in the US and are less likely than the average user to Tweet." [Marketing Charts] [ComScore]

Nielsen Reports Twitter Was Fastest Growing Community: "Nielsen also reported that the largest age group on Twitter was not college students or teens, but adults from the ages of 35-49. This group comprises nearly 42% of the site's audience at 3 million unique visitors."

Social Networking Is Hot For Gen Y, But Twitter Has Yet To Catch On: "Gen Y is like Ohio in my mind…so how Gen Y goes, so does the rest of us…eventually that is. And if that is indeed the case, then Twitter has some work to do. A recent survey of Gen Y consumers found that only 22 percent are using Twitter." [PNM Blog]

Twitter: It's a Gen X Thing: "I find what and how different generations adopt communication technology to be most fascinating. I am strongly of the belief that Twitter is a tool attractive mostly to GenXers (born 1961-1981). And here’s why..." [Jessie X]

Study Shows Gen Y Not in Love with Twitter: "Marketers who spend time on Twitter may not want to count on it as a way of reaching consumers under the age of 25." [WebProNews]

Twitter & Teens: The guru's over at MediaSnackers share their insights on teens and Twitter. Be sure to check out the comments on their blog post. Lots of great feedback from the MediaSnackers community on this issue as well. [MediaSnackers]

Teens & College Students Ignoring Twitter: "Much to the surprise of many trend watchers, Twitter has yet to catch on with teens and young adults under 25—the traditional early adopters of new media."[SubCat Marketing]

Do Teens Tweet? And Other Social Media FAQs: "Because of Ashton Kutcher's and Britney Spears' well documented use of Twitter, teens are more aware of it, but only the early adopters are using it. They may use Twitter or other micro-blogging tools in the future, but not now. They use the status updates on Facebook, which is a form of micro-blogging." [Search Engine Watch]

Teens Don't Twitter: "What’s most interesting to me about this phenomenon is the part about teens not twittering.  All the studies show that’s true but don’t seem to look for causality. They miss the simple point that twittering is public behavior (one-way at that!) and texting is private and bi-directional.

An adult or a teen celebrity might twitter but most regular kids see what they are communicating as too private to share with anyone other than the person for whom it is intended, much less any old creep who chooses to subscribe." [I, Cringely]

Why Gen Y's Not Into Twitter?: "Twitter is like a real-time, ongoing, multi-person conversation - more like back chat in an online presentation, where people just put tweets "out there" without necessarily expecting anything to come back. It's a little like comparing apples and oranges, because a Facebook profile functions so differently - it's as much a representation of a person's social network as a person, which seems to be the greatest appeal for youth." [NetFamilyNews]

The Online Watering Hole: "I'm surprised that in spite of all the hype a lot of Millennials in advertising are still holding out on Twitter. A lot of us have dabbled with it, but quickly lost interest and let the account run cold. It takes time to develop a fruitful network on Twitter, and Millennials are already married to other platforms: We use Facebook to keep in touch with our friends, and LinkedIn to store professional contacts." [Advertising Age: Gen > Next]

When Teens Come to Twitter: "If teens choose to start using Twitter, they will use it in a very similar way to how older generations use Twitter. The content they share will be different, and their conversations will definitely be different, but the concept will be the same. There are a lot of reasons that teens would want to use twitter, but there are also some barriers that need to be addressed first." [Lost Jacket]

Teens Don't Use Twitter; so Who Does?: "...Teens are as likely as anybody else to be resistant to new popular products — if they see Twitter as just another platform that wastes their time, then they won’t use it. I use Twitter a lot and actually much more than I use Facebook. It’s easy, streamlined, and single-purpose. Maybe I’m more open to innovation than teens are…?" [Sky's Blog]

Youth on Twitter: "At the risk of opening a can of worms, I’ll share my thoughts. I don’t care. I don’t care at all if people under 18 are using Twitter, or that they might see me talk about a difficult topic like IVF vs adoption or argue politics or religion or tell an adult joke here or there, or link to a site a parent might not approve of." [Uptown Uncorked]

Five Reasons Teens Don't Like to Twitter: "Twitter experts and social marketing experts are still hoping that, as Twitter is relatively new, its blastoff to the teenage market is just taking a while. But in my opinion, Twitter will never be a teen online hangout -here’s why..." [Made To Market]

Twitter Doesn't Smell Like Teen Spirit: "Twitter has lately became more Mainstream than ever with the help of popular media shows like The Today Show and even the Presidential Specials, chances are if you have turned on your T.V lately or browsed internet articles you have ran across the term “Twitter”.  Seems like everyone is jumping on this bandwagon….except for the young adults." [Social Media Vision]

Twitter Not Teeming With Teens: "I admit, I was surprised to find that Facebook isn't the only social media that is attracting mums, dad, grandparents and, quite possibly, great-grandparents - it seems Twitter's maturing quickly, too. [BizReport]

Twitter is Not for Teens: Teenagers do not use Twitter. Most have signed up to the service, but then just leave it as they realise that they are not going to update it (mostly because texting Twitter uses up credit, and they would rather text friends with that credit). They realise that no one is viewing their profile, so their tweets are pointless. [Guardian]

Why Teens Aren't Using Twitter. It Doesn't Feel Safe: Many of you might think that, as with most of the latest gadgets and technologies, teenagers are using Twitter, but you’re wrong, and here’s why. [TechCrunch]

Teenage Media Habits, Was the Whiz-Kid Right?: Any teenager could tell you that paying for things is unpopular and Facebook has infinite importance over Twitter. After all, the only people that use Twitter are celebrities with nothing else to do and bored old people who think they're connecting with the younger generation. [Guardian]