« Gen Y Guide to Social Media in the Workplace | Main | The Soloist: Putting a Face on Homelessness » 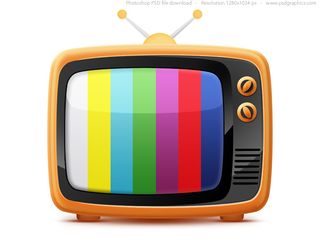 It's no secret that younger viewers are more inclined to watch their favorite television shows online or time shifted via the Internet or DVR rather than sit in front of the television.

Remember, this is a hyper-connected generation and to them sitting in front of the TV is a really passive, boring and disconnected media experience.

For younger viewers, television is a much more interesting and socially interactive experience when they can watch a show and discuss it in real time online with their friends.

In addition to being able to choose when (synchronizing viewing with friends across disparate time zones) and where online (Hulu, YouTube, TV.com, FFWD) they view television content, younger viewers value the web because it allows them to simultaneously watch and exchange IM's with friends, participate in multiplayer online games related to their program, do homework, download music they hear on a show, check text messages, Tweet and/or update their Facebook status.

New research published this week by Integrated Media Management (IMM), points to the increasingly blurred lines between TV and the web. In their survey, IMM found that "viewers were online during roughly 9.3 percent of their prime-time viewing."

Other key findings from IMM on TV and the web:

As I blogged a few weeks ago, research from Park Associates found that over one-fourth of broadband users ages 18-24 are interested in having social media features integrated on their TV. The report, Social Media & User-Generated Content, found that  multiplayer gaming, in-program chat, and “most watched” lists were among the most desired social extensions sought out by Gen Y respondents.

Networks like MTV and CNN are keenly aware of these trends and have responded by creating interactive  multiplatform opportunities for viewers to connect and snark together. For example, every Monday, 10,000 superfans play MTV's Backchannel, a multiplayer online game based on the popular reality show The Hills.

Want a glimpse of this hybrid social networking-TV model of media consumption? Check out how Rick Sanchez over at CNN has created a real time, interactive mash-up between social networking sites, Twitter and television. And oh yeah, his show is drawing a younger demographic and blowing the ratings through the roof.

CBS has created Social Rooms a virtual environment where viewers can "join family, friends and fellow fans and watch your favorite episodes of your favorite shows together." The hit CBS comedy, How I Met Your Mother weaves real blogs into their storyline, further blurring the lines between TV and the web.

Yahoo! Connected TV is working on lots of TV widgets, including Twitter, that allows you to literally bring the web to your TV. And one need only look at Twitter to see perhaps the most basic and immediate social TV viewing experience.

On any given night, the "Trending Topics" on Twitter provide ample opportunities for viewers to actively participate in a shared social experience revolving around a television program or news event.

Twitter also moves multiplatform media consumption and social TV to a whole other level--mobile. In addition to SMS, there are dozens of mobile clients for Twitter that allow you to send Tweets from your smart phone via the mobile web.

Since people have their mobile phones with them at all times, this allows consumers to watch a mobile TV or news program to create a spontaneous, real time and instant mobile social networking experience via Twitter.