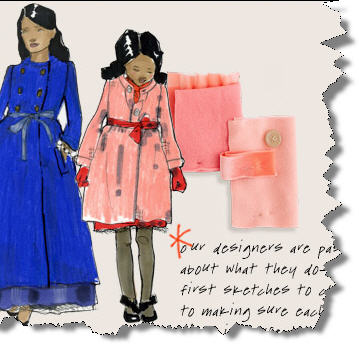 Seems like Barack Obama isn't the only one burning up the internet. Public interest in Sasha and Malia Obama's inauguration day outfits was so intense that the JCrew web site crashed.

JCrew provided the colorful outfits that the First Daughters wore to the inauguration. They were made especially for the the Obama girls and aren't available in JCrew stores.

JCrew isn't the only company to benefit from the Obama effect. TY Inc, the parent company force behind the the popular Beanie Babies craze, has released two new dolls named "Sweet Sasha" and "Marvelous Malia."

According to a report by NBC Los Angeles: "A spokeswoman for the Oak Brook-based company said the dolls' names were chosen because they were "beautiful," not because of any resemblance to President Obama's daughters."

To me, it seems like Ty is trying to monetize the popularity of the Obama girls to pad their corporate coffers. I think that Ty is walking a very thin ethical line here.

I doubt that they asked for permission to use their likeness to create these dolls. In my opinion, Ty should donate all proceeds from the Sasha and Malia dolls to a children's charity.