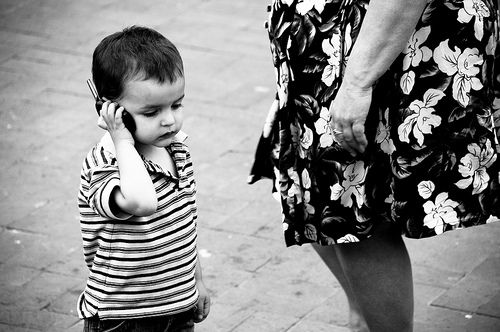 Earlier this month the French government announced that it would place restrictions on the use of mobile phones by children. The restrictions stem from a concern over the potential health issues (such as cancer) associated with excessive phone use.

The new law will ban the sale of any phone designed to be used by those under six and prohibit any advertising aimed at children under the age of 12.

The French government also recommended that children use headsets to reduce the risk of radiation exposure and potential developmental implications in children.


According to a story in the UK paper, The Independent, the French ban on youth mobile use would be the among the most restrictive in the world:

"The clampdown represents the most comprehensive action yet taken by any government worldwide. It contrasts sharply with the stance of British ministers, who have largely ignored the recommendations of an official report nine years ago that people aged under 16 should be discouraged from using mobiles, and that the industry should be stopped from promoting them to children. Since then their use by the young has almost doubled, so that nine out of 10 of the country's 16-year-old's own a handset."

However, France wouldn't be the first country to issue warnings or restrictions against mobile phone use by children. Other countries have also issued a mix of health warnings and/or guidelines:

While there are legitimate health concerns regarding the use of mobile phones, it's important to remember that the jury is still largely out on the long term health effects. There have been scientific studies that both confirm and refute links between cancer and mobile phone use.

As with most things, moderation is the key. Parents should supervise their children use of mobile phones (and iPod's) to make sure that they aren't using it excessively.